Lebanon has been in the news a lot lately, and not always for the best reasons. Despite the current political and economic unrest, Lebanon is actually a relatively safe country to visit. Here are some things to keep in mind if you’re considering a trip to Lebanon.

I travelled to Lebanon in 2019 and found the country overall very safe. When we told our family we were having a 7 day stopover in Lebanon on the way from Europe to Dubai, at first they were against us going. They argued that travel to Lebanon was unsafe and that it was unwise for us to travel to Lebanon and Beirut.

Lebanon has known a lot of civil unrest. From Israel bombing the borders to Hezbollah setting up shop in the Bekaa valley. Lebanon is also one of the main ways to enter Syria over land over the ancient road to Damascus. In 1975 Lebanon was also the scene of a bloody civil war which ended in 1990 and has left over 120.000 people dead and a million people displaced.

So yes, we totally understand why our parents would rather not have us go to Lebanon.

But what about Lebanon today? Is it safe to travel to Lebanon? Is Beirut safe? My answer would be yes. Yes, if you stay in the safe areas. We travelled to Beirut, Jbail and Jeita Grotto. We also took a tour to Baalbek. We decided to go on a tour because Baalbek and the Bekaa Valley at that time were a no-travel zone.

So to answer the question ‘Is Lebanon Safe’ I have to say yes. At no point did my husband and I feel unsafe or threatened. In fact, we felt safer in Lebanon than we did in other countries we travelled to that are considered very safe.

When I say Lebanon is safe, it is obviously not as safe as a resort in Turkey or a beach in Spain. Lebanon is a very safe country for experienced travellers. If you have not travelled further than Europe or a few touristy beaches in Asia, I am not sure if travelling to Lebanon on your own is a good idea.

Another note to add to this Safety guide of Lebanon is that things change. When we visited Lebanon, Beirut was green, and the Bekaa Valley was coloured a solid red. This has now changed where the whole of Lebanon is orange while the borders are considered to be a no-go zone. Keep an eye on things and make plans accordingly. I will talk about what to do with red-zones later on in this guide.

When we headed to Lebanon, Beirut was a solid green with quite a few red spots around the Beirut-Rafic Hariri International airport. In addition, the Bekaa Valley where you will find the gorgeous Baalbek ruins was coloured a dark red. Now the whole of Lebanon is coloured orange with dark red around the Syrian borders.

What does this mean? How should you read this?

Well, when we went to Lebanon we went to green zones, orange zones AND red zones. In Beirut we could just walk around like normal. People were very nice, and very happy to see tourists. We also headed to Jbail and Jeita Grotto which were considered to be orange zones. As long as you stay in the touristy bit and do not wander too far out of the city you should be totally fine, and the red zone? Well, we decided to take a tour to visit Baalbek to make sure we were safe.

The current travel advice by the UK gouvernment is set in place due to the economic instability of Lebanon. Lebanon is experiencing an economic crisis like many other countries. This means you might see more protests than normal. As long as you stay in areas such as Beirut, Jeita, Jbail, or go on tours you will be safe.

Lebanon Crime Rates - how bad is it?

When looking the crime rates in Lebanon we actually see that crime is not the reason why Lebanon is considered to be unsafe. Lebanon is just as safe as let’s say, the USA, Peru, the UK or the Maldives.

When we were in Lebanon we did not get pickpocketed once. We had someone try to pull an Uber scam, but it was all very sedate and not threatening. Another reason why I would say that Lebanon is safe is because Lebanese people are incredibly nice and very proud about their heritage and their history. They literally want people to visit their country and experience how great it is. Most Lebanese people will welcome you with open arms and give you the clothes off their back. If you stay in busy parts of town there will always be locals looking out for you.

Safety in Beirut - is Beirut Safe?

I personally found Beirut to be very safe. We didn’t really want to engage in Service taxis so we just went everywhere with Uber. We were always welcomed with open arms in local restaurants and tea houses and when we asked the locals for information, they would always be able to help us in English or French.

There are parts of Beirut that are not safe such as certain parts near the Airport. I honestly do not see why you would go there as a tourist though. The best places to stay in Beirut are in Hamra and near Mar Mikhael. Hamra is the tourist area (but it is nice, trust me) while Mar Mikhael is the up and coming yuppy area full of street art, beautiful buildings and markets. Mar Mikhael was, however, severely damaged in the 2020 explosion. I have no idea what it looks like today.

Recommendations to stay in Hamra

As I said before, Hamra is the tourist district. However, because tourism in Lebanon is pretty sedate, this just means there are lots of hotels around, restaurants where they speak good English, and of course some amazing bars. Our hotel is not operating anymore but here are some other ones we researched at the time. If you want to stay in Hamra, these are our recommendations:

Also check out my 15 hotel recommendations in Beirut here for more information.

Recommendations to stay in Mar Mikhael

Another safe area in Beirut is Mar Mikhael. Mar Mikhael is known as the party district with many of the city’s best night clubs. It is also one of the more expensive districts to live in, and it is where the expats tend to live. Mar Mikahel is close to some of Beirut’s best beaches. If you would like to stay in this vibrant area, you can check our recommendations here:

Is the Bekaa Valley Safe?

The Bekaa valley is probably one of the least safe areas in the country. It used to be a no-go zone when we visited. The Bekaa Valley is a Hezbollah stronghold and you will need to pass a lot of checkpoints before reaching the ancient ruins of Baalbek. However, do not let this stop you! Visiting Baalbek is a MUST when you are in Lebanon. I cannot express how beautiful it is and it genuinely is one of the most spectacular ruined cities I have ever seen.

To be safe, I would really recommend buying a tour to Baalbek. They are not the cheapest if you are on a budget, but trust me when I say that they are more than worth it. Our guide was literally someone who helped with the excavations! She knew so much and it was amazing to learn all about the large temples of the famous city of Heliopolis! If you want to read more on this, please head to my article on safely visiting Baalbek.

If you want to take a tour to Baalbek I would recommend the following ones:

How can you stay safe in Lebanon?

If you still have some concerns about travelling to Lebanon, we have listed some tips on how to stay safe in Lebanon.

What should you do when you feel unsafe in Lebanon?

If it is people that make you feel unsafe – especially when traveling alone as a female, please take a deep breath, tell them that they are making you feel uncomfortable, and enter the nearest shop or restaurant. From here, you can order an Uber back to your hotel or a space you feel safe.

Last but not least, if something severe happens to you and you are in an unsafe situation, please call the police or any other kind of emergency service.

What to wear in Lebanon?

Lebanon is a fairly chill country. I wouldn’t say they are very Muslim either, especially since one of the local delicacies they are proud of is their wine. Sure, if you go into some of the more local areas or small villages, it is important to make sure to wear long trousers and cover up a bit, but in the city you can wear a cute dress or top. If you would not mind covering your shoulders, I would advise to do so. But there isn’t any rules about dress code.

Lebanon is a country on the Arabian Peninsula. It is arguably a Mediterranean country by food, culture and weather. It lies next to Israel and Syria, and on a good day you can see Cyprus.

Beirut is the capital of Lebanon. It is an important coastal town with a long and interesting history. Beirut lies on a little outcrop almost in the middle of Lebanon’s coastline.

Whether you are a casual traveller, an expat or you want to start a new adventure teaching abroad – This travel blog is for you! 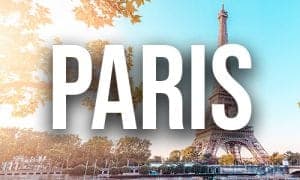